To the Glorious memory of the French Battalion

The National Association of Veterans and Friends of the United Nations-French Battalion and Regiment in Korea War and the 156th Infantry Regiment(ANAAFF/ONU/BC&RC/156ème RI)deeply regrets that there is no National Memorial in France dedicated to the Glory of the French Battalion in Korea. However, and thankfully, such a memorial does exist in Suwon, South Korea. 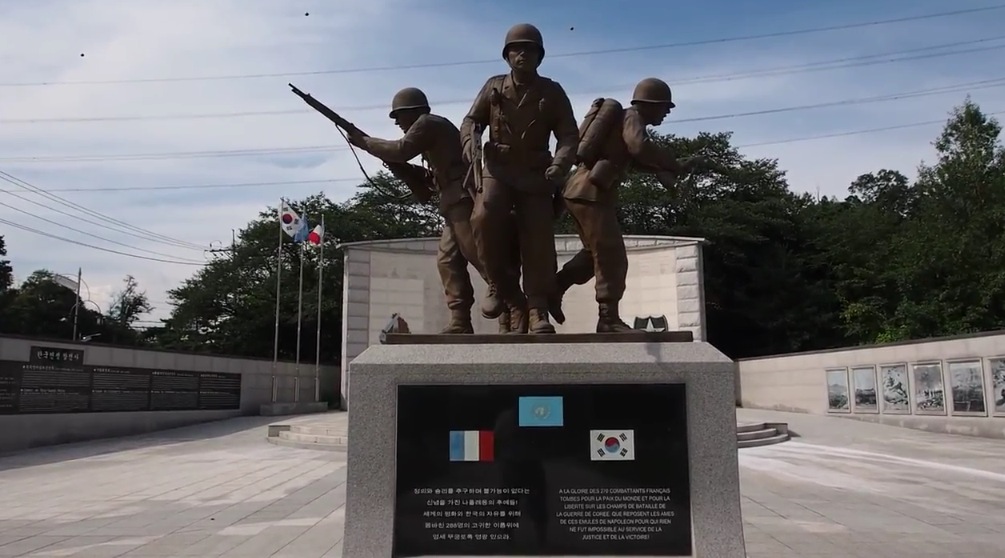 The memorial of Suwon is located 40 kilometers south of Seoul. It is dedicated to the bravery of the UN-French Battalion attached to the 23rd US Infantry Regiment of the 2nd US Infantry Division « Indian-Head ». 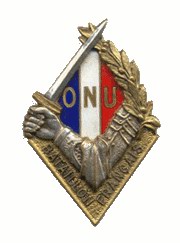 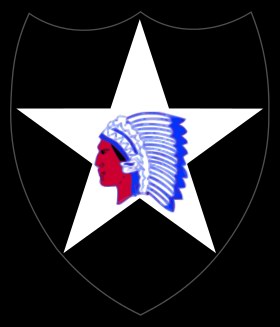 This memorial is a tribute to the 3,421 French soldiers of the army who fought with bravery in Korea for the prestige of France and the Freedom of South Korea. The French Battalion had 269 officers and men killed in action (7.86 % of its strength) and 18 attached soldiers from the Republic of South Korea who were killed in combat. 1,350 French soldiers were wounded, some repeatedly. 12 were taken prisoners of war and 7 were missing in action. 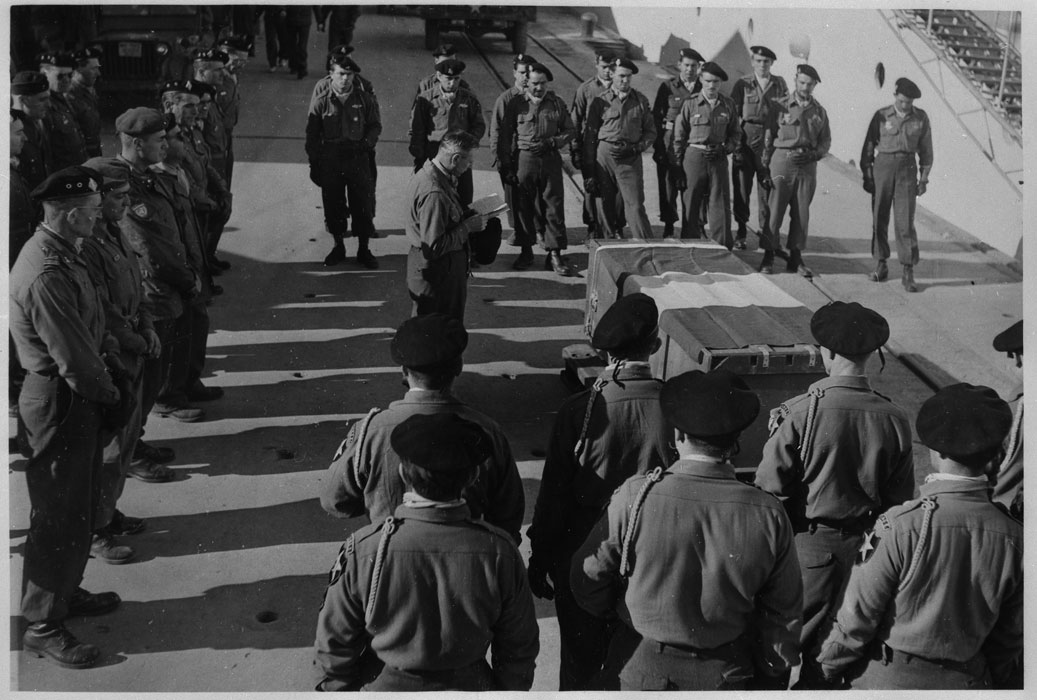 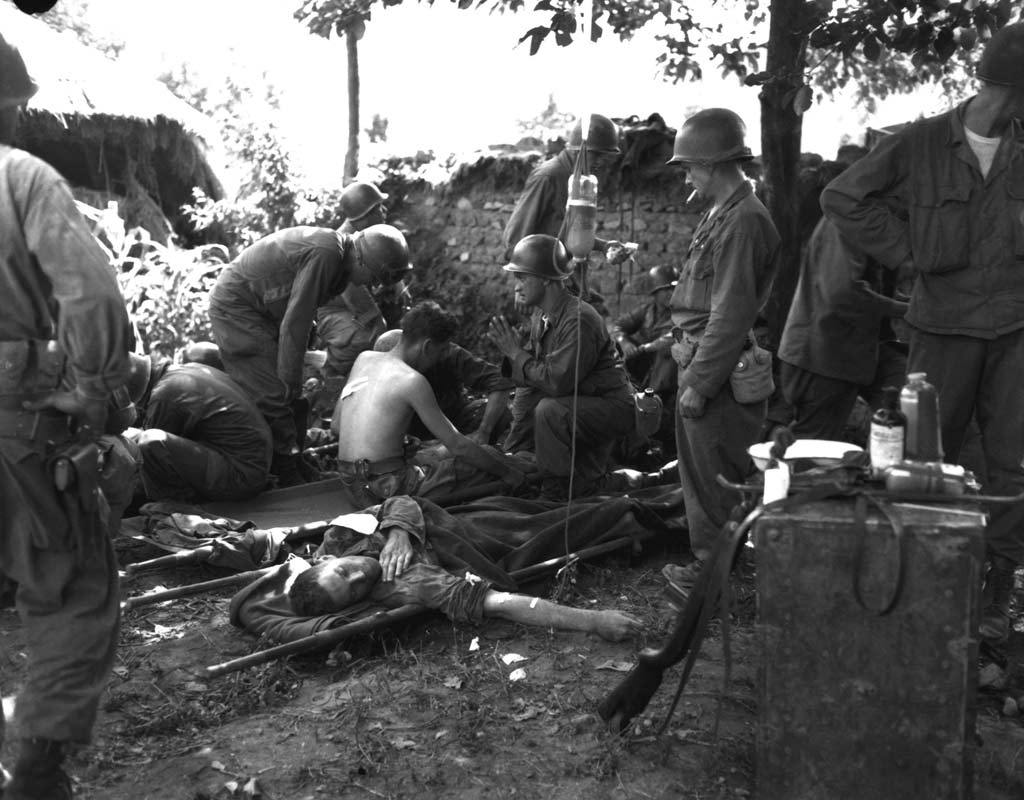 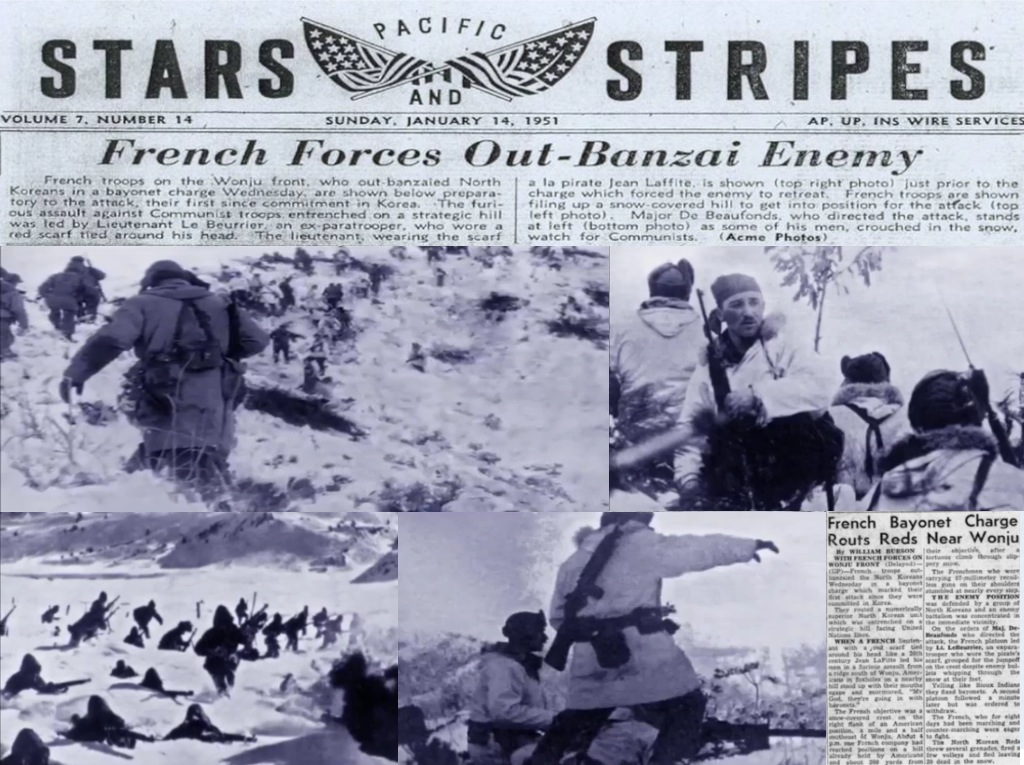 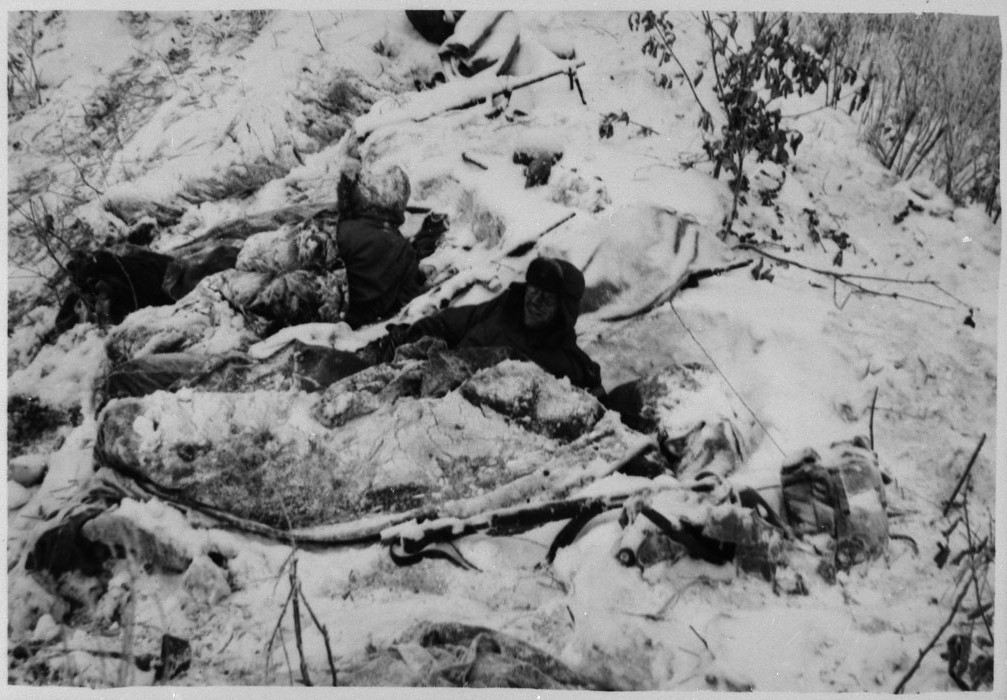 Since that glorious era, Koreans have continued to experience an immense gratitude to the Allied soldiers who fought valiantly under the aegis of the UN, but also with regard to their French comrades. The battles fought by the French Battalion during its attachment to the Second US Infantry Division had code names that entered into military history. All of these many battles won are worth remembering: 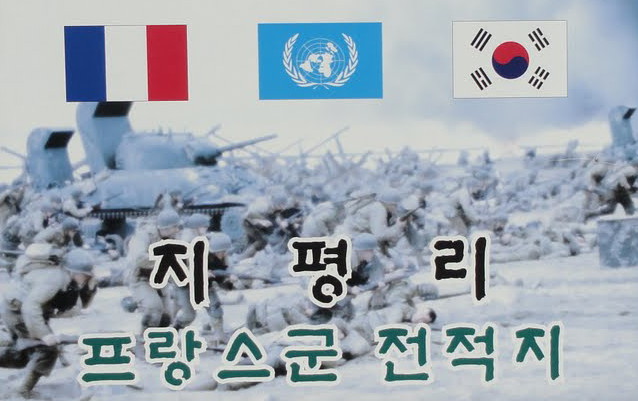 The South Korean Government erected in Suwon a memorial to the French soldiers, which was inaugurated in 1974 and rehabilitated in 2013. 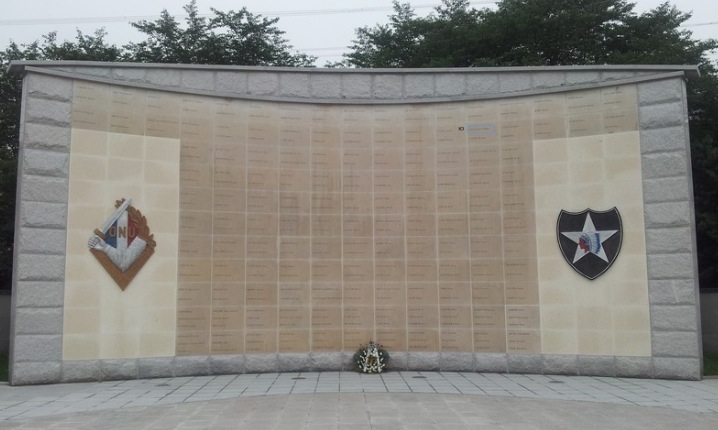 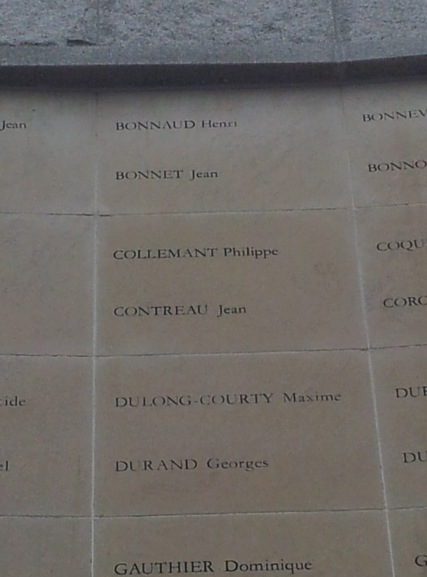 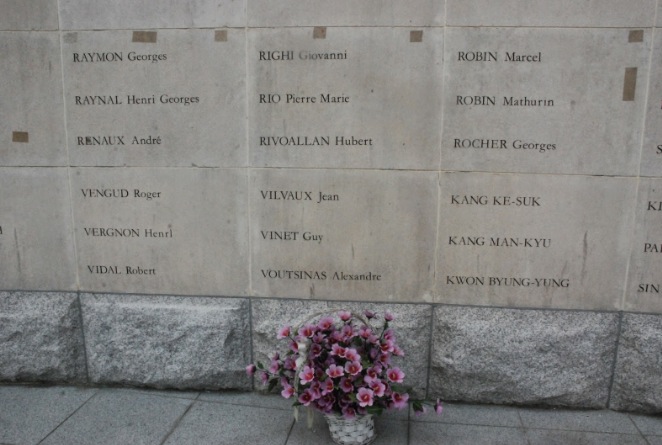 The memorial is shaped as an open theatre with an esplanade and a wall where the names are engraved of the 269 French soldiers and 18 Korean soldiers attached to the French Battalion. On either side, it is decorated with the insigna of the French Battalion and the patch of the United States Second Infantry Division.

To the right and to the left on the esplanade are engraved photos of the French Battalion in action during the Korean War. 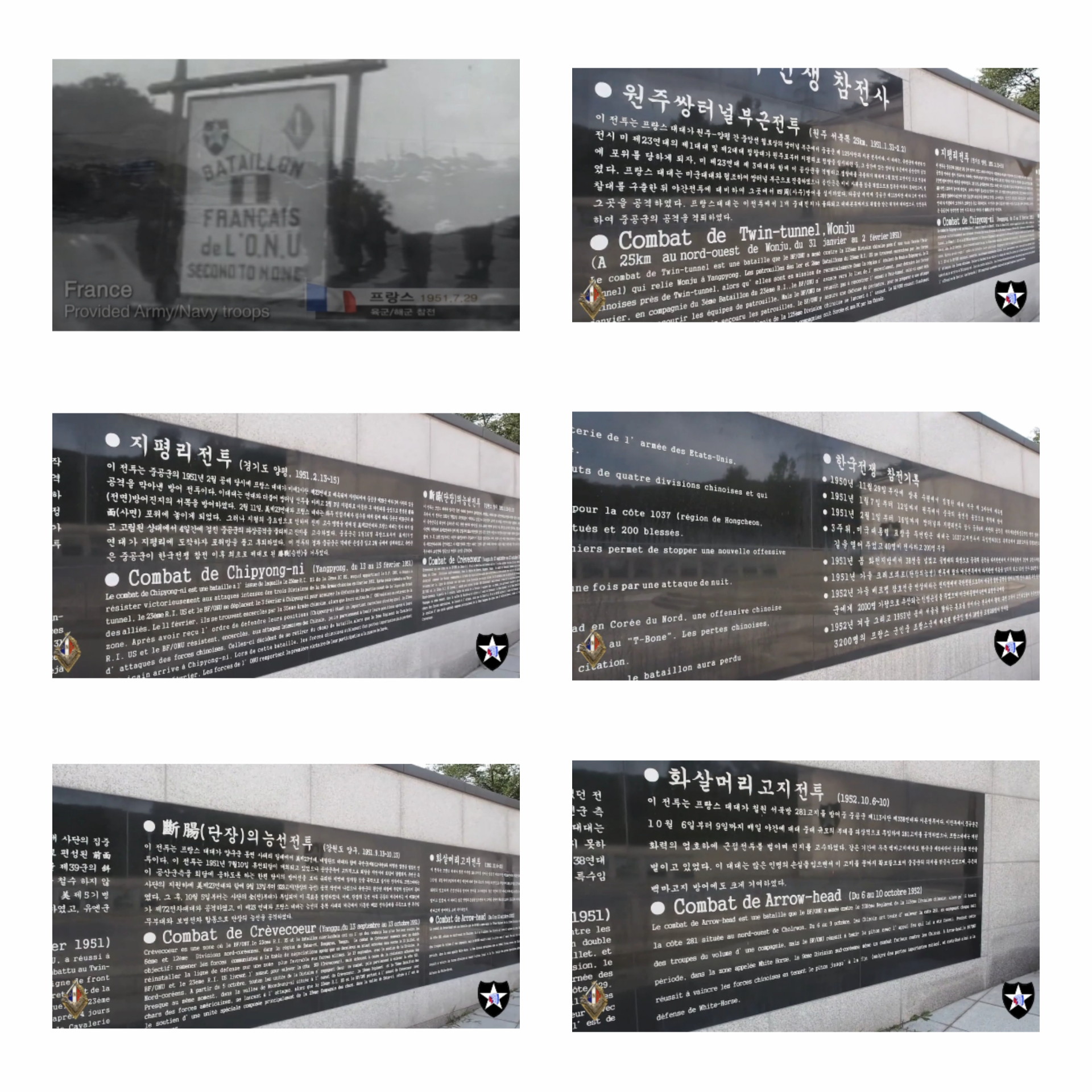 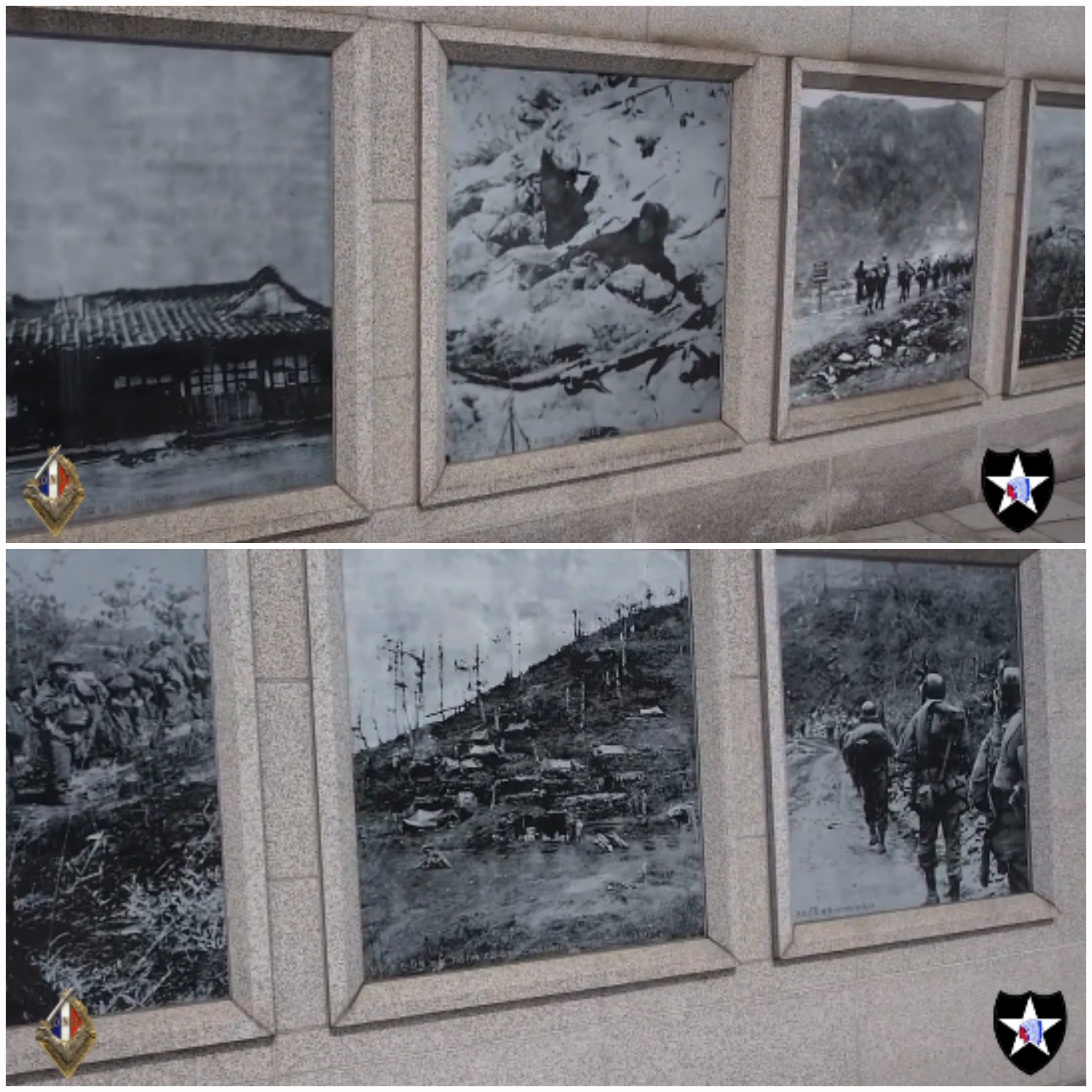 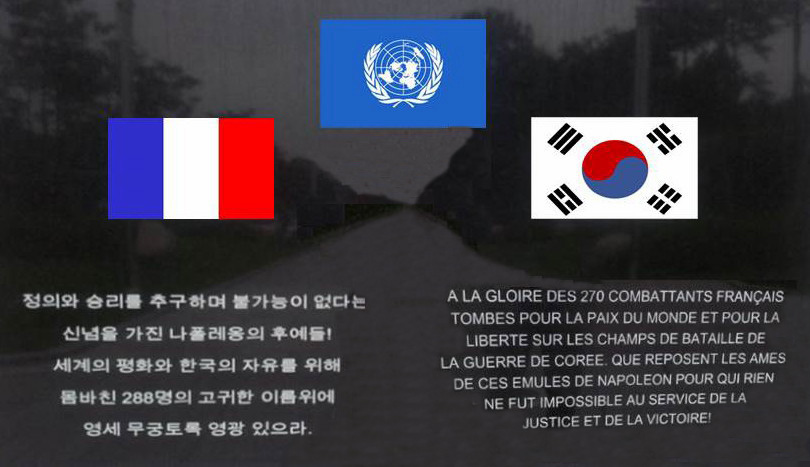 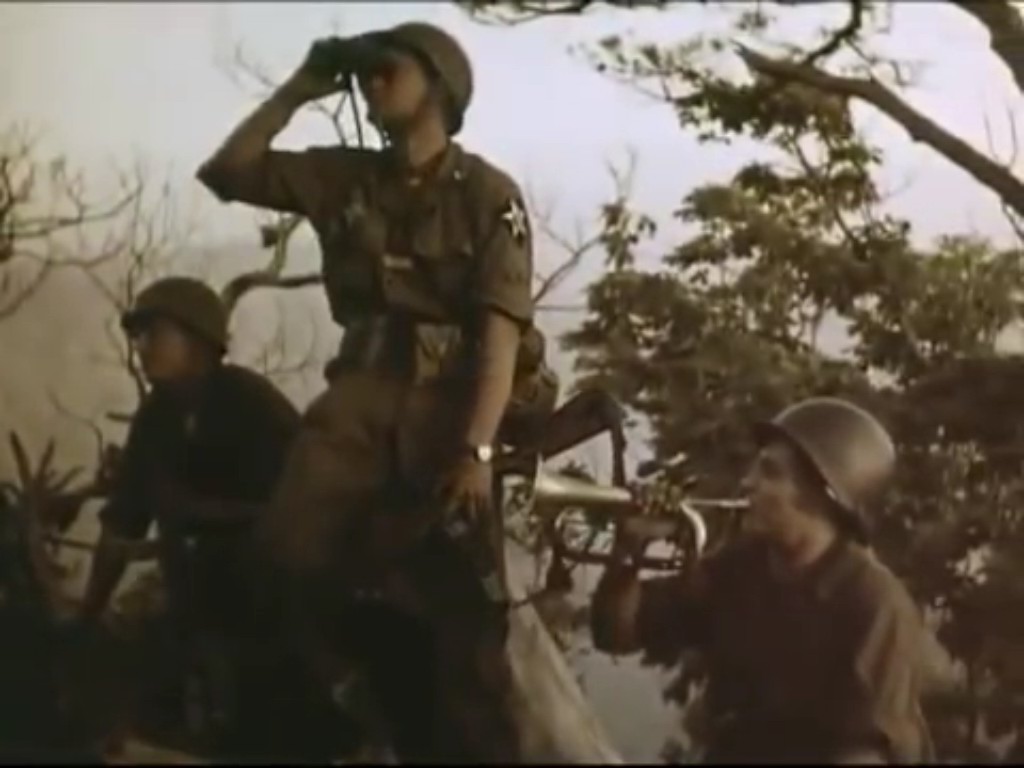 When entering the memorial, the visitor is greeted by four statues representing warriors on the battlefield. A plaque is engraved to honor the fallen soldiers with three dedicated flags from France, from the UN and from South Korea.

« We will always remember those who fought for our Freedom ».