Return to Korea with my Veteran Father, November 2016

Responding to the invitation of the Ministry of Patriots and Veterans Affairs of the Republic of South Korea, Colonel (Retired) Vincent RF FAUVELL-CHAMPION, a veteran from the French Battalion in Korea and his son Lieutenant-Colonel (Retired) Vincent JJ ​​FAUVELL-CHAMPION, as an escort (accompanier), went to pay tribute to South Korea along with other foreign delegations that took part in the conflict from 1950 to 1953, including Americans, Canadians, Australians, Greeks, Turkish, Colombians, Thais, Ethiopians, Swedish, Dutch, and Belgians ... It was with a great pleasure that we met up once again with a Belgian veteran whom we had seen in Paris on September 27, during an exceptional concert at the Salle Gaveau offered  by the Republic of South Korea to the Korean war veterans. 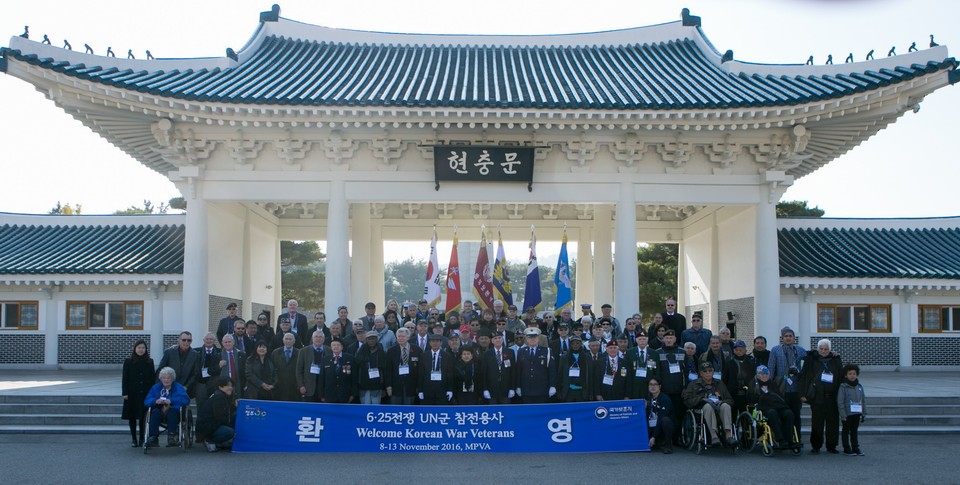 The traditional events were held at a steady pace throughout the trip: visit of the National Cemetery and the Korea War Museum in Seoul, Grand national ceremony "Moment to Be One, Turn Toward Busan" at the UN Memorial Cemetery in Korea - Busan, a gala luncheon organized by the Korean Veteran Association in Busan and hosted Mr. Park SUNGCHOON, Minister of Patriots and Veterans Affairs, a concert at the Lotte Art Center in Seoul in memory of the Korean War and in honor of the UN forces. At the end of the show, the virtuoso cellists, the Korean Bong SHIN KO and the French Michel STRAUSS added to the program a piece of their repertoire that they interpreted especially in honor of the victims of the Bataclan killings in Paris. This dedication was much applauded by the public. 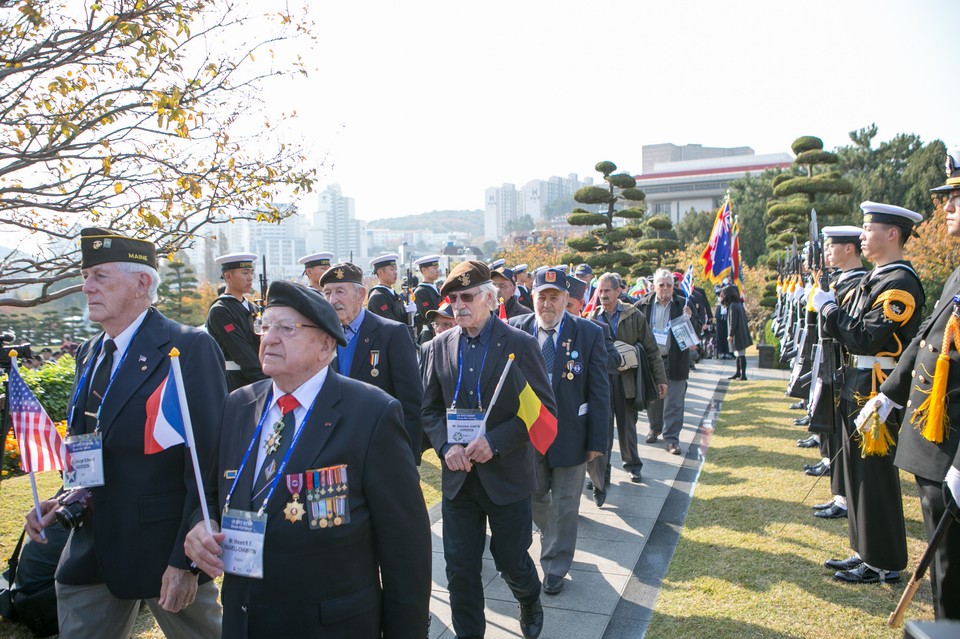 The welcome by our Korean friends was, as always, dazzling and warm. For my part, it was the first time I have been to Korea. It was an unforgettable moment for me and a very moving one to have the great chance to experience this pilgrimage with my 89-year-old father, a veteran from the French Battalion who fought as a platoon leader of the B company from April 1952 to July 1953. Eventually, I was able to have a better understanding of his Korean War, of which all the names of my father's battles have been known to me since my childhood, such as the Hill 238, T Bone, Arrowhead, the support of the White Horse, and Song Kok.

November 11th was a moment of intense emotion when my father prayed at the grave of Corporal Michel PIOT who was killed on February 26, 1953, during the Song Kok battle. In a close combat, the same burst of a Chinese assault rifle that killed Corporal Michel PIOT also wounded my father with two bullets in his right shoulder. 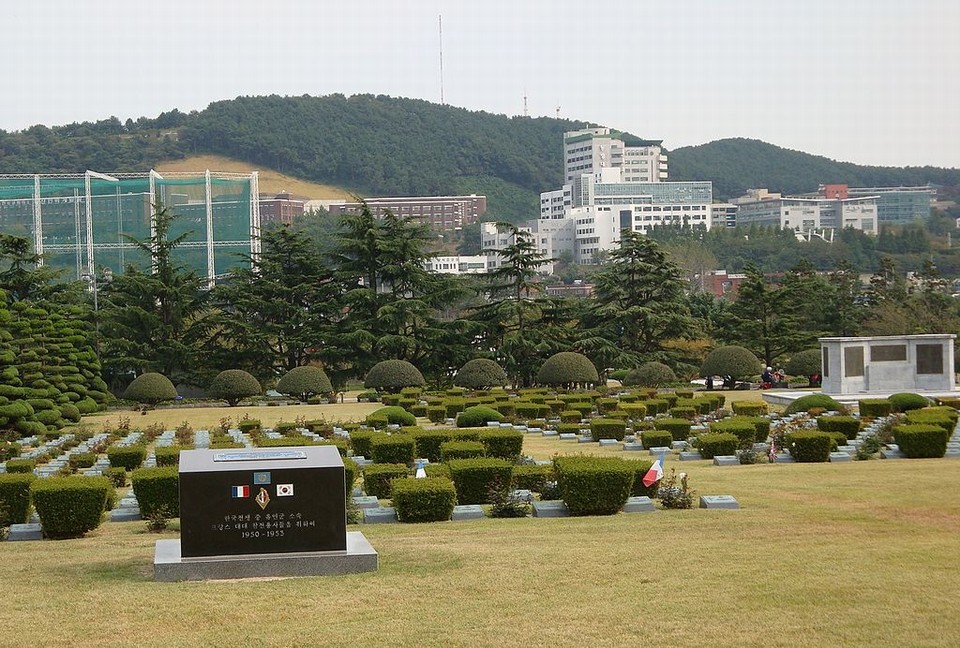 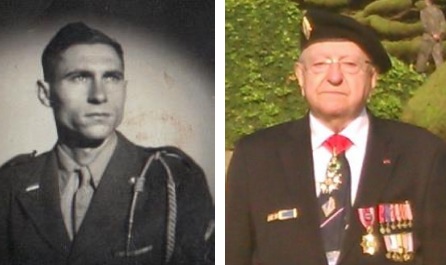 In the UN Memorial Cemetery in Busan, all our prayers that day were for all of our fallen French and Korean soldiers, of whom only 44 of them, including a French unknown soldier, remained buried in this cemetery following the wishes of families. 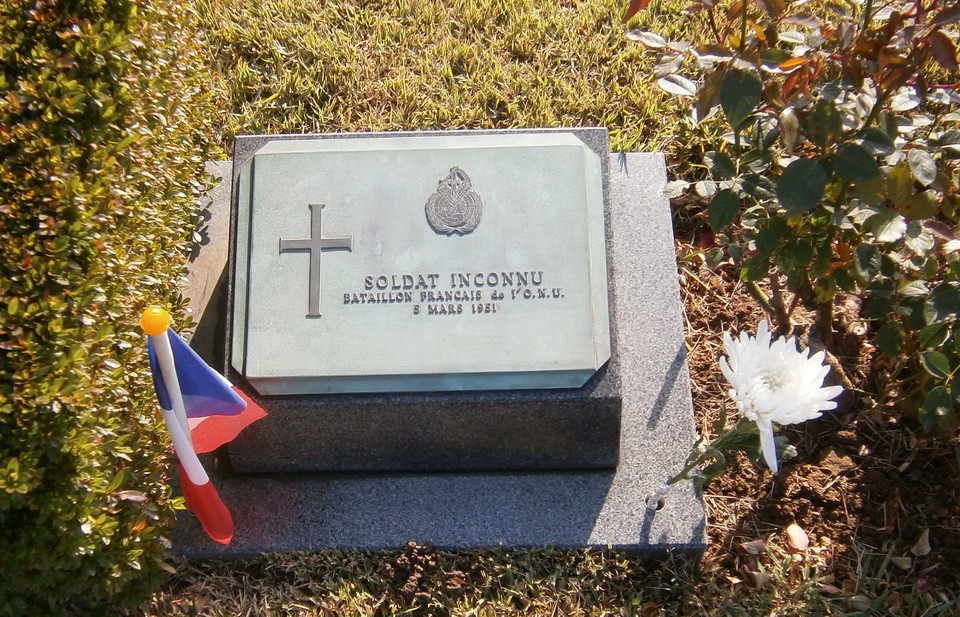 This UN Memorial Cemetery in Korea is unique in the world. It is here that there is the memorial wall of all the UN soldiers who died during this conflict. A plaque is dedicated to France. You can read the names of the 269 French soldiers who died in action. It is sad to think that the future monument of the OPEX that will be erected hopefully one day in Paris has removed the names of these 269 brave fallen soldiers from the project. As no one is a prophet in his country, you will have to travel 9,000 kilometers to greet them in Busan. 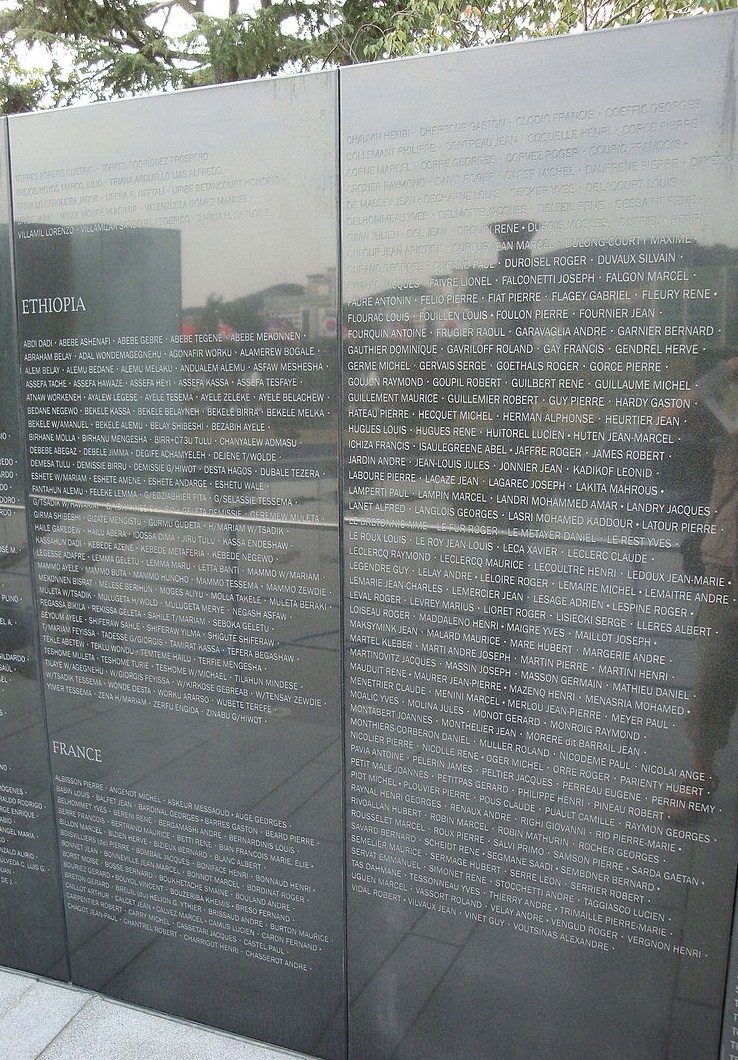 This high place of Memory, cannot leave anyone indifferent, especially all the veterans. Since October 24, 2016, the ashes of Mr. André BELAVAL, a former radio operator from the French Battalion, who died in July 2015, are now resting forever according to his last wishes in the UN military cemetery in Busan after having received the military honors from the Korean forces. 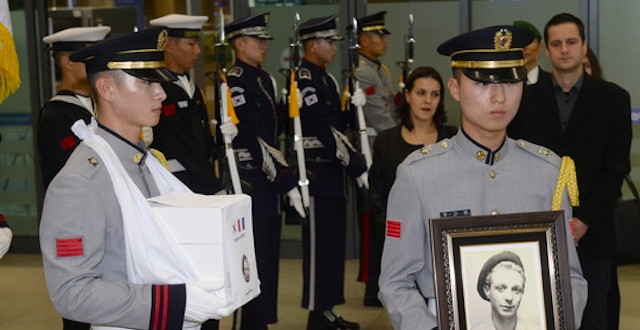 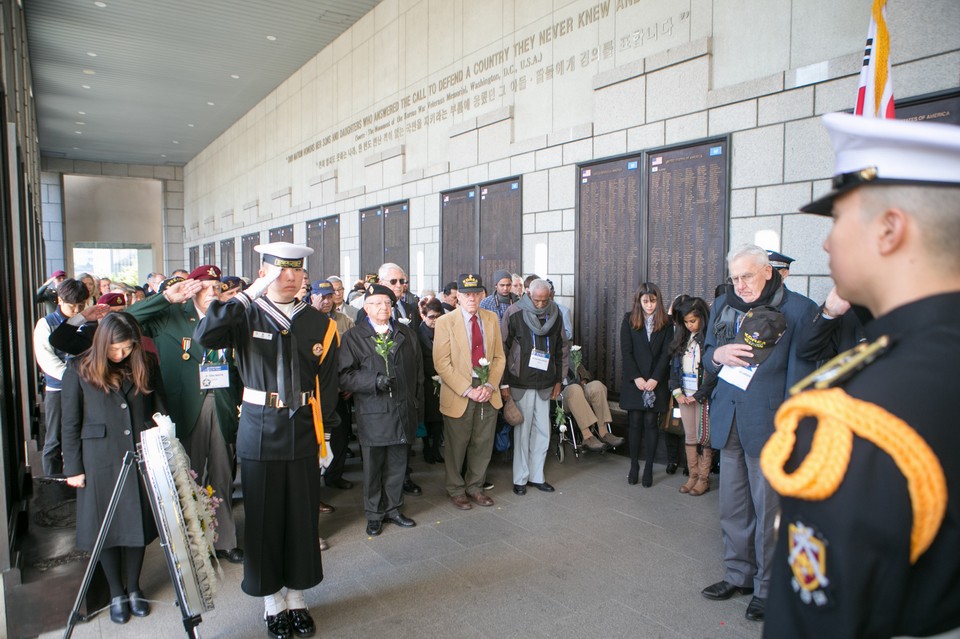 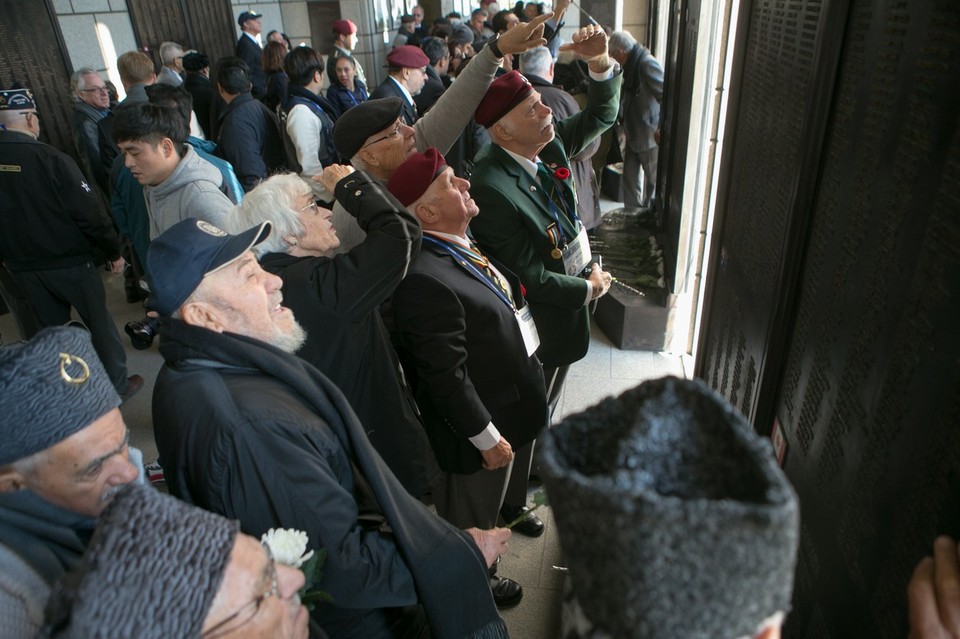 At the Korean War Museum in Seoul there are also on bronze plaques with all the names of the UN soldiers killed during the conflict from 1950 to 1953. The plaque of the French soldiers is next to that of the Canadian ones

During this short stay in Korea, we met in Busan the first secretary of the French Embassy and we also had the great pleasure to meet twice in Seoul our Defense attaché. We spoke together about our association ANAAFF/UN BC & RC 156th RI, which perpetuates the memory of the French Battalion both in France and in Korea, and also the exceptional quality of France's relationship with the ‘country of calm morning’. In particular, the French representative assured us that our defense industry, which has a high technological level, allows our country to maintain its rank in this region of the world. Our trip by Korea Train eXpress (KTX) between Seoul and Busan has also shown us that French technology is a reality outside our borders.