RECORDED BY JOURNALISTS OF RADIO-SEOUL

FOR VOICE OF AMERICA 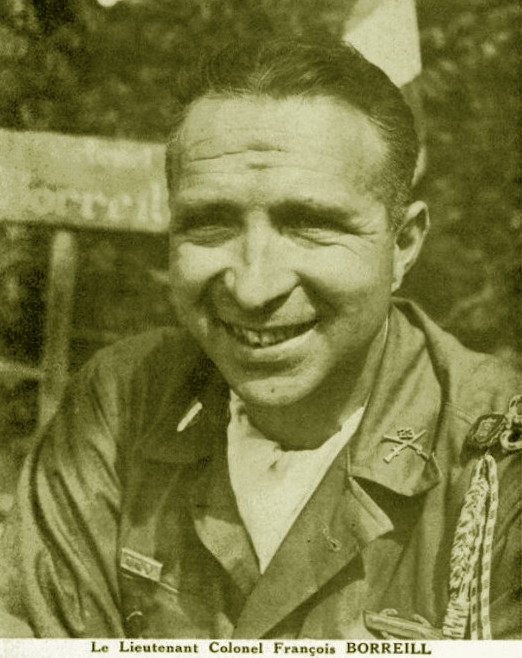 - « The strength of the French Battalion is approximately eleven hundred officers and enlisted men, organized as in an American Infantry Battalion, in five units. One of them including more than on hundred soldiers of the Republic of Korea, all are very good warriors.

- The French Battalion coming from France landed in Korea in November 1950. Under the leadership of Lieutenant General Ralf Monclar, Commanding United Nations Ground Forces in Korea, the battalion itself was commanded first by Major Le Mire, then by Major de Beaufond.

- Since its arrival in Korea, the French Battalion was always attached to the Second Infantry Division (Second to None). Since November 1950, the French Battalion participated in all the actions of the Indian Head Division, and notably at Twin-Tunnels and Chipyong-Ni during the bitter months of the winter 1951.

- In the Hongchon and Inje area, in May 1951 along the Soyang river.

- Then in July and August, the Punchbowl, a very hot spot.

- In September, Heartbreak Ridge now famous by the brave American and French soldiers who here lost many lives.

- During the last winter, the French Battalion has again participated in all the actions of the 2d Infantry Division in the Iron Triangle area.

- Since the first of last December, I have the honor of being myself the Commanding Officer of the United Nations French Forces in Korea.

- In addition to the necessity for my men to rest and relax from frontline action. I am taking this opportunity to conduct intensive training in several particular phases, such as patrols, ambush patrols, and marksmanship with all weapons. The French soldiers are very well skilled. The equipment and the armament of the French Battalion are complete and very good. That is to say: “We are ready”.

- Summing it up, I will say that we are very proud to be attached to the Second Infantry Division “Second to None”; all the officers and all the personal of the “Indian Head” are particularly comprehensive with us, so our work is more easy; our contacts with all the United Nations fighting units under the United Nations flag are perfect.

- I am particularly proud of the French Battalion and I am sure it will continue to be an effective part of the United Nations effort».

This statement had been previously edited in Le Piton (The Hill), June-July 1952